Transgender Center of the Rockies reflects on Club Q shooting, need for change

Hours to shooting, the group honored Trans Day of Remembrance

Hours before the mass shooting at Club Q in Colorado Springs, community members gathered for Transgender Center of the Rockies’ event, Trans Day of Remembrance, to honor the lives of transgender individuals who were killed in 2022.

“We have to have a day to commemorate these losses and come together as a community to honor the people that unjustly died, and think about how the community can grieve, and heal and move forward,” said April Owen, the director at Transgender Center of the Rockies, located in Sheridan.

Transgender Day of Remembrance, observed annually on Nov. 20, memorializes transgender and gender diverse people whose lives were lost due to anti-transgender violence.

As of Nov. 16, at least 32 transgender and gender-nonconforming people have been killed in the U.S. in 2022, according to the Human Rights Campaign Foundation. The majority of victims were Black transgender women.

During the remembrance event on Nov. 19, the Transgender Center of the Rockies held a moment of silence for all victims.

Transgender Center of the Rockies is a program developed through Mile High Behavioral Healthcare, which offers resources to transgender, nonbinary, gender-nonconforming and gender diverse people.

“To invoke their memory is to honor their power,” said Petty Patty, a drag performer who emceed for the event. “If there is one call to action that you walk away with this evening, it is to mourn the dead and fight like hell for the living.”

Just before midnight on Nov. 19, a gunman entered Club Q, an LGBTQ night club in Colorado Springs, and opened fire, killing at least five people and wounding 17 others until he was stopped by two patrons, The Colorado Sun reported.

The accused shooter faces 10 preliminary charges, including five counts of committing a bias-motivated crime, according to The Colorado Sun. 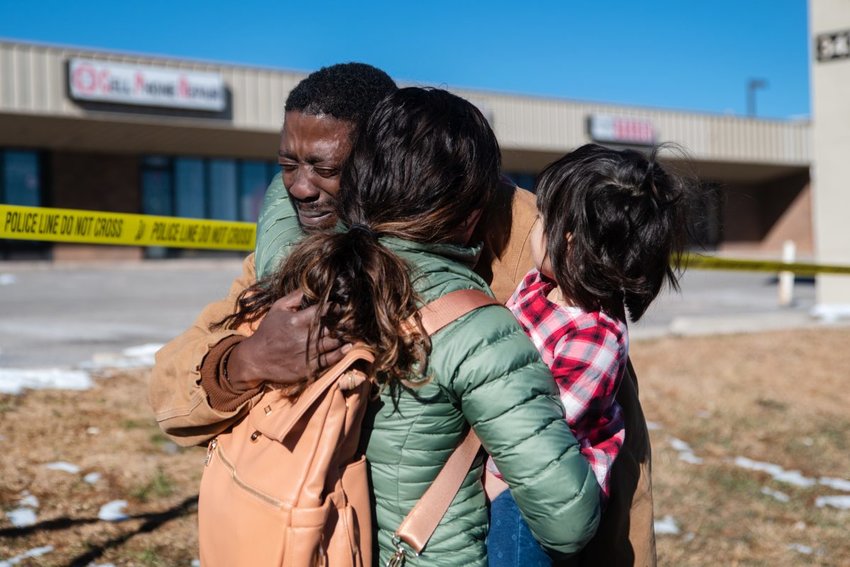 Joshua Thurman, 34, embraces other mourners outside Club Q on Sunday morning. Thurman was at the club when the shooting happened and took shelter in …

The morning of Nov. 20, Owen woke up to messages about the shooting.

“It was really hard to wake up to that, because the night before, our program had put on a Trans Day of Remembrance event that I had spent five or six hours at and everyone had worked really hard on and brought the community together,” Owen said. “To see that something like this happened on that day, or on the eve of that day, was especially troubling.”

When the Transgender Center of the Rockies’ event ended on Nov. 19, Owen said some of her staff went out to celebrate that night.

The mass shooting at Club Q has caused a lot of fear and anxiety for LGBTQ+ people, said Owen, a clinical psychologist by training.

“Having to be hyper-vigilant about our surroundings and wondering what is safe, it takes a lot of energy and mental effort,” she said. “This is just another added burden that this community has to face, and it’s really difficult.

“I think it’s really difficult to navigate a world that feels unsafe a lot of the time.”

“Right now, we’re obviously prepared to provide crisis intervention, to help folks who are just struggling with this specific issue,” she said.

“Everybody kind of has their own individual way of processing and grieving and healing, but the whole gamut of emotions is on display,” she said. “It’s really understandable for all of that to come up and (is) valid.”

With the holidays, this time of year is already challenging for a lot of transgender and nonbinary people who may have been kicked out of their family, or have strained relationships with people they once celebrated the holidays with, Owen said. 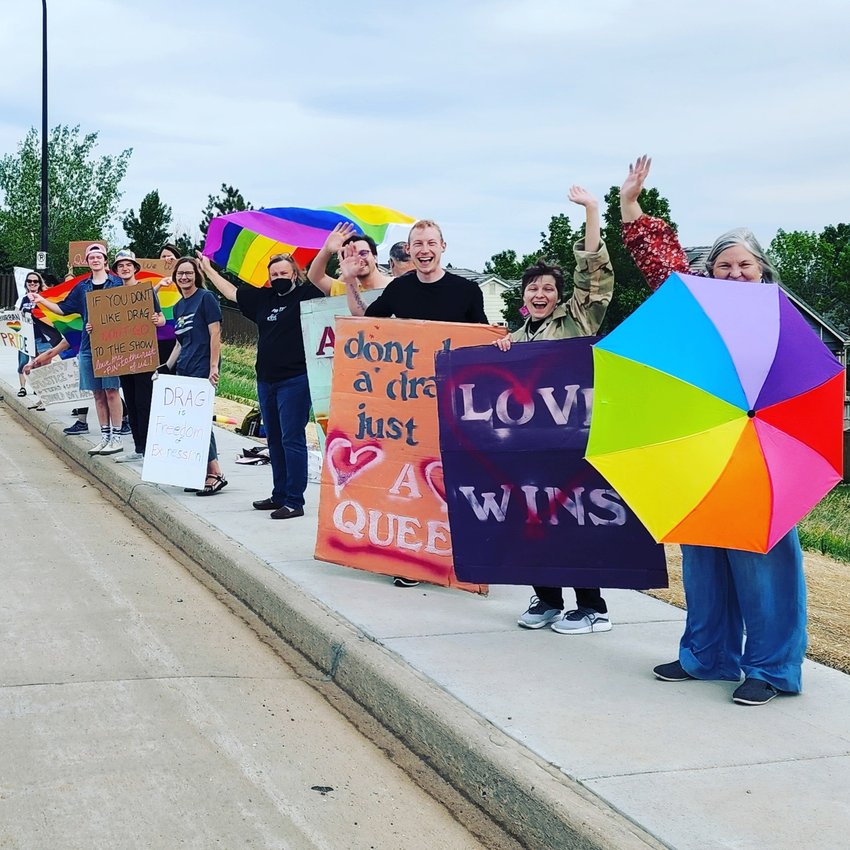 According to the Trevor Project’s 2022 National Survey on LGBTQ+ Youth Mental Health, 45% of LGBTQ+ youth seriously considered attempting suicide in the past year, and approximately one in five transgender and nonbinary youth attempted suicide.

LGBTQ+ youth “are not inherently prone to suicide risk because of their sexual orientation or gender identity but rather placed at higher risk because of how they are mistreated and stigmatized in society,” according to the Trevor Project.

Owen said there have been a couple of instances where staff have felt unsafe, noting many staff members are gender diverse themselves.

“There’s some real fears, and we’re trying to think about that moving forward,” Owen said. “We’re fortunate that nothing really bad has happened to us, but I don’t want that to be — there to be a change in that story later.”

The Colorado Sun reported some political scientists and activists have said an increase in recent anti-trans and anti-gay rhetoric and protests set up violence like the shooting at Club Q.

Owen said when people say an LGBTQ+ person is making up who they are, or make fun of a person’s identity, or say they shouldn’t be able to get the kind of treatments or care that will help them feel better about themselves, it sends an aggressive, hostile message.

“I can’t say with 100% certainty that there’s a correlation,” Owen said about the possible connection between the rhetoric and violence. “But in my mind, it certainly would make sense that there would be.” 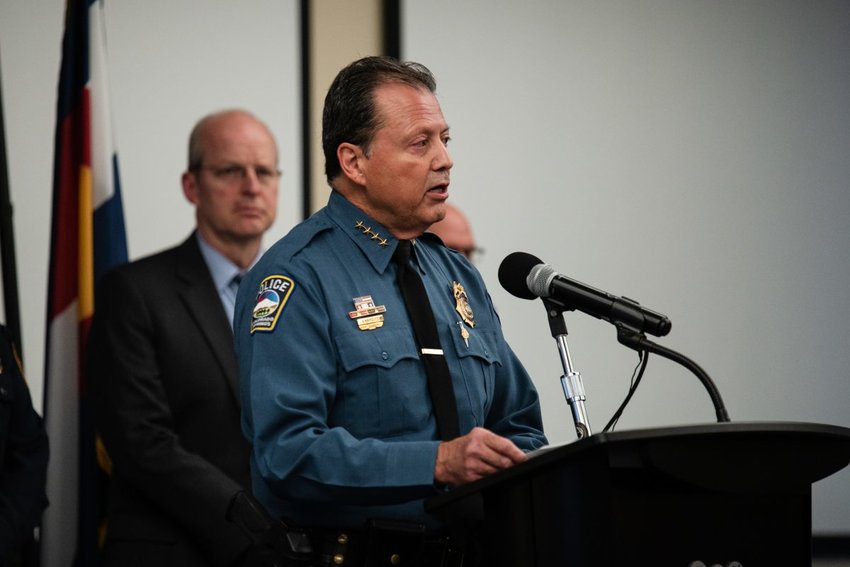 Colorado Springs Police Chief Adrian Vasquez addresses members of the media during a news conference on the morning of Sunday, Nov. 20, 2022, after …

“Making there be a way where those conversations are facilitated and happening would be really important,” she said.

She noted some people may not trust law enforcement, given the LGBTQ+ movement historically started at Stonewall in New York. The Stonewall riots occurred in 1969 when LGBTQ+ people protested in response to a police raid of the Stonewall Inn.

“I think a lot of those relationships need to be worked on and repaired between community leaders — really trying to understand the specific needs of this community, not being afraid of them, acknowledging that they actually exist, wanting to get to know them,” Owen said.

If people asked members of the LGBTQ+ community what needs to happen, the response would be policy and action, Owen said. 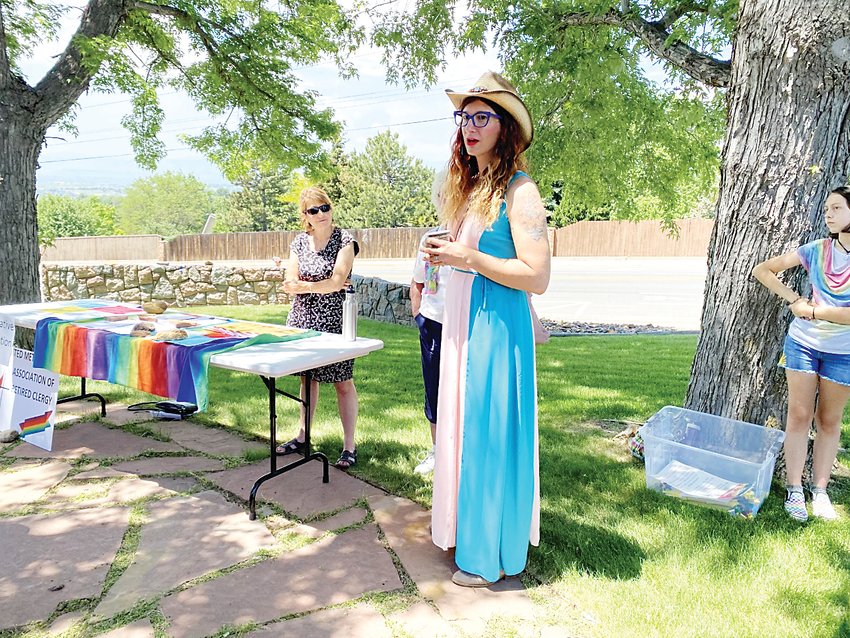 During the Trans Day of Remembrance event, State Rep. Brianna Titone of House District 27, who was the first openly transgender state legislator in Colorado, highlighted the need for greater inclusion of transgender, nonbinary and gender-nonconforming people.

“With only around 50 total elected trans folks at every level of government, there’s still a very small amount of representation. And because we lack seats at the table in so many places, we have been the target of political aggression, with trans kids taking the bulk of the attacks,” Titone said in a pre-recorded video shown during the event.

The fastest way to make change is for LGBTQ+ people to use their voice at the state house, at protests and to “take every seat that’s available that you can get at the table, whenever you can.”

“We need to be seen. We need to be heard. And it’s time for everyone who has a seat at the table to bring that folding chair to those who are the most marginalized,” Titone said. “We can’t do this alone. We need allies to have these tough conversations with us and for us.”

One person showed allyship the morning of Nov. 21 by coming to the Transgender Center of the Rockies and giving a donation to its closet, called Marsha’s Closet, which offers free gender-affirming clothes.

“She gave us a donation and said, ‘I’m so sorry (for) what happened on Saturday to the LGBTQ community, and I just wanted you to know there’s people that care,’” Owen said.

“That really does help. We need our allies. We need cisgender, heterosexual people to be caring about this, to have conversations about it. Let people know it matters.”

For people in the LGBTQ+ community, Owen recommended surrounding themselves with people who care about them and reaching out for mental health support if needed.

“We at the Transgender Center of the Rockies are sad and angered that this happened … but our biggest focus right now is being here for the community,” Owen said. “We hope that we don’t need this one day, right? I wish our existence wasn’t as paramount as it is, but we’ll do what we can until that day comes.” 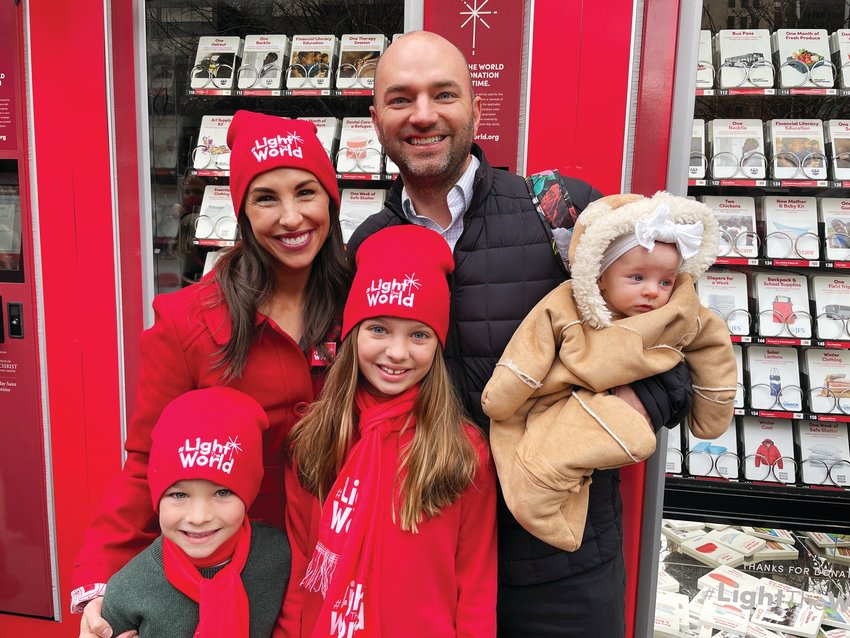 ‘Pure generosity’
Today, 10-year-old Jewell Jaussi understands that the holiday season is about giving. But that wasn’t always the case.  “When I was younger,” she said, “I thought Christmas was just about …
12 Denverites of 2022
December marks the close of another year. These past months have brought some wonderful stories about your Denver neighbors. Here is a look back at 12 of the most memorable, beginning with last …

Respiratory viruses raise concern for children across Denver metro area
Mom Brianne Price knew respiratory illnesses could be a concern because her baby was born prematurely. Then her other child, her 4-year-old boy, came home with a cough. Soon after, Price was calling a nurse help line.

Fort Lupton urges residents to lock cars, skip the warm-up
With the recent cooler weather,  the city of Fort Lupton has seen an increase in thefts of and from "puffing vehicles" and other unlocked motor vehicle thefts, as well as vehicle trespassing …