On Jan. 10, Capitol Hill United Neighbors (CHUN) announced a seismic change: Executive Director Roger Armstrong, a 20-year-veteran of the organization, would step down due to budgetary realities. …

This item is available in full to subscribers.

Our print publications are advertiser supported. For those wishing to access our content online, we have implemented a small charge so we may continue to provide our valued readers and community with unique, high quality local content. Thank you for supporting your local newspaper.

On Jan. 10, Capitol Hill United Neighbors (CHUN) announced a seismic change: Executive Director Roger Armstrong, a 20-year-veteran of the organization, would step down due to budgetary realities. Armstrong’s last day was Jan. 13.

According to a press release issued by CHUN, the annual Capitol Hill People’s Fair, the iconic, 45-year-old CHUN event from which CHUN has drawn much of its operating budget, had seen declining revenues due to “the proliferation of similar events, combined with a few years of bad weather.” Operational costs also factored in the decision. 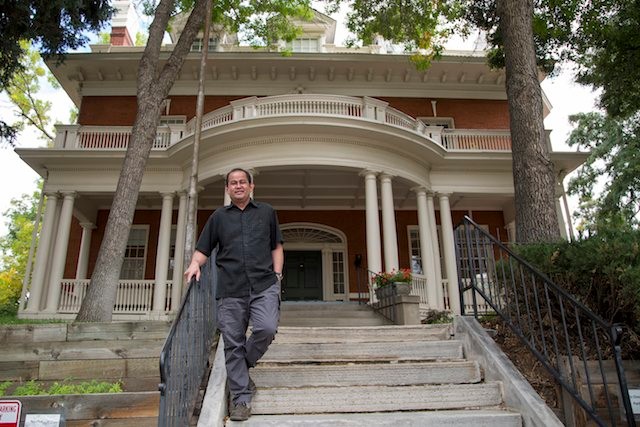 Roger Armstrong on the steps of the Tears-McFarlane mansion, the headquarters of Capitol Hill United Neighbors. Photo by Sara Hertwig.

Still, CHUN began as an all-volunteer organization and outgoing CHUN President Charles Nusbaum feels it can weather this transition. According to Nusbaum, CHUN has lined up an interim volunteer coordinator who will ensure there are volunteers to man phones and that the office functions as before.

“We’re more like a community partner now,” Nusbaum said. “We can focus on the community work at hand, which is really where we started. Working to save historic structures, working to advocate for those who want and need help. The homeless or the neighbors who are worried about this dispensary or that methadone clinic or this noise level or that patio activity. We’re not trying to lay down policy for everybody; we’re just trying to give everyone a voice.”

In a Jan. 23 email exchange, incoming co-presidents Mark Cossin and Travis Leiker added specifics, writing CHUN board members are “looking at increasing [its] supporter base, utilizing the community center in creative ways that benefit the community and increasing community engagement through smaller and more frequent events.”

Cossin and Leiker wrote they intend to expand CHUN’s philanthropic partnerships while potentially reaching out to corporate sponsors. Furthermore, they write the organization has committed to putting more energy into Sustainability, Parents Group, Fundraising and Memberships/Marketing efforts so as to encourage more community participation.

Nusbaum, Cossin and Leiker all stressed rents from offices within the Tears-McFarlane House and proceeds from smaller annual events would now provide CHUN’s principal revenue.

As for The People’s Fair, the event isn’t going anywhere. CHUN will continue to be the principal sponsor and will receive some financial support from the event.

Operation of The People’s fair has been taken over by Denver-based Team Player Productions, a company with 20 years’ experience in festival and event production. Their events include Taste of Fort Collins, Steamboat Wine Festival, Park City Food and Wine Classic and the Breckenridge Wine Classic, to name a few.

“We’ve always been big fans of The People’s Fair, and I’ve known Roger Armstrong for 20 years now,” said Team Player Productions President Jason Ornstein. “We’ve been involved behind the scenes in The People’s Fair for a number of years. When we heard there were some struggles going on with it, after weighing things out and seeing that it’s been something that’s gone on for 45 years, we as a company just didn’t want to see it fail.”

Ornstein wants to take The People’s Fair back to its roots, which, as he puts it, means placing Denver’s culture and people, back at the center. Specifically, he suggested there would be a heightened local restaurant and brewery presence, a focus on Colorado music groups and potentially a drag queen parade and at-risk youth mural competition.

In all the activity around CHUN’s transition, one could forget Roger Armstrong had been with the organization since 1997, when he became a board member.

Armstrong became a CHUN employee when he left the Temple Events Center in 2005. His first role with CHUN was as director of The People’s Fair—the first he directed was in 2006. By August 2008, he was executive director. 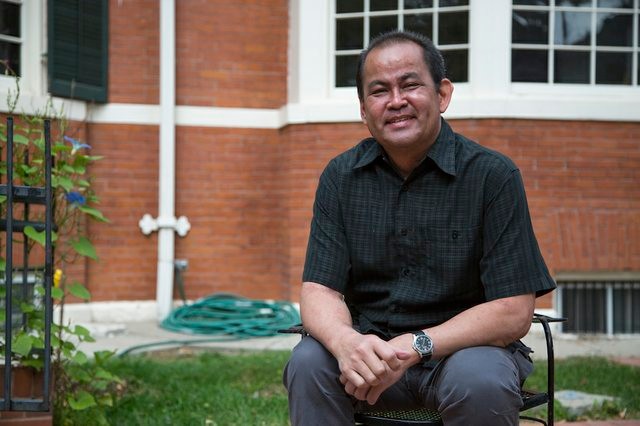 Armstrong said The People’s Fair is the engine that allowed CHUN to become an organization of stature, noting at one time the organization had six full-time staff members. With the decline of the fair, staff were let go, something which Armstrong found depressing.

As for the transition to CHUN’s all-volunteer status, Armstrong sees it as necessary, but sees it also as a challenge.

“What I worry about is [CHUN's] stature in the community,” he said.

Both as an employee of CHUN and as a private citizen, Armstrong has served or serves on the Mayor’s Commission to end homelessness, the Blueprint Denver Taskforce and the Neighborhood Advisory Committee to the Botanic Gardens, to name a few.

“All of these relationships have evolved over the years because we’ve had an office and we’ve had the ability to host a lot of community meetings,” he said. “The Blueprint Denver meetings were daytime meetings, the Mayor’s Commission was a daytime meeting…”

Still, Armstrong feels new co-presidents, Cossin and Leiker, will be up to the challenge of leading CHUN forward.

“I think they’re going to be good,” he said. “They bring a fresh, new perspective and a fresh look on the mission and what the organization can accomplish with less. It’s been nice in the last five years to see a younger demographic come in. I always think that change is always good.”

Armstrong sees the change as coming at the right time. When asked what he’s most proud of when it comes to his time at CHUN, Armstrong said he feels he always managed to act with integrity, adding there’s nothing more he can give.

“I’ve imparted all the wisdom, will and knowledge I can impart,” he said.

Armstrong started his career in HIV services in Philadelphia—where he’s from—in 1986, at a time when no one knew much about the disease. He began with the Philadelphia Aids Taskforce; he was assigned to run one of the first housing programs for people with HIV in the country.

Armstrong climbed up in his organization and continued to break ground. He conducted some of the first AIDS-in-the-workplace training sessions at some of the nation’s largest companies. He spoke about his organization on national news programs. He became director of development, then assistant director.

Though fulfilling, the work was taxing. Wanting a change, Armstrong left Philadelphia in 1995 for the Colorado Aids Project, located in Denver. From there he transitioned to the Temple Events Center.

It was around that time Armstrong met Roxanne White, Mayor and now Governor Hickenlooper’s one-time Chief of Staff. She was on the CHUN nominating committee and asked Armstrong to volunteer.

“When everybody asks me, I always say it’s Roxanne White’s fault I became a member of CHUN,” Armstrong said with a smile.

As for what’s next, Armstrong has mulled politics but has put the idea aside for now. He's thinking travel and plans to spend six-plus months away from work.

“I really don’t know what's next,” he said, adding that his future is wide open.

Health care giants form one insurance company
By some measures, the Denver metro area has one of the most competitive hospital markets in the country. Large health systems duke it out every year for supremacy in the multibillion-dollar …

Colorado may end age-discriminating work question
Asking someone their age is considered impolite. But asking a job candidate? That’s perfectly legal. A bill at the state legislature would change that, at least in Colorado, and prohibit companies …

Weather and gas prices causing higher utility bills
The spiking energy bills affecting many Coloradans are caused by colder weather and higher gas prices — factors over which neither regulators nor utilities have control, the Colorado Public Utility …

Juvenile violent crime is rising
Violent crimes that land kids and teens in Colorado’s youth corrections system are on the rise, accounting for 41% of admissions in 2022. From homicides, to sexual assaults, to robberies at …

Educators urge lawmakers to pay schools what they’re owed
Mary Rose Donahue keeps a box of scissors in her classroom, not for arts and crafts projects with her students but for the same reason she also stores a baseball bat and a first-aid kit complete with …